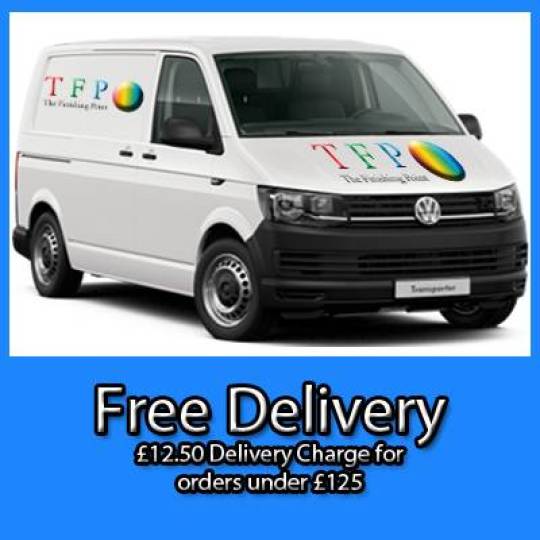 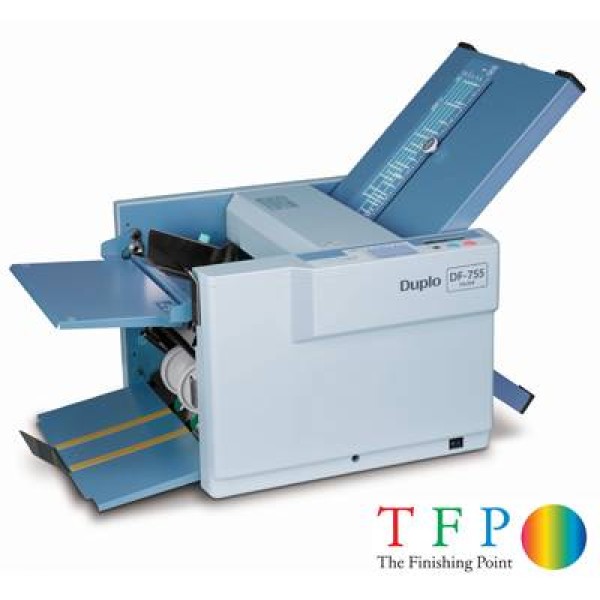 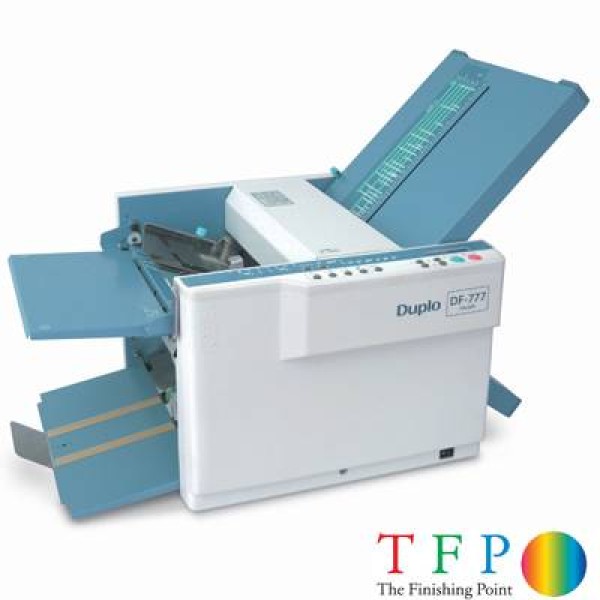 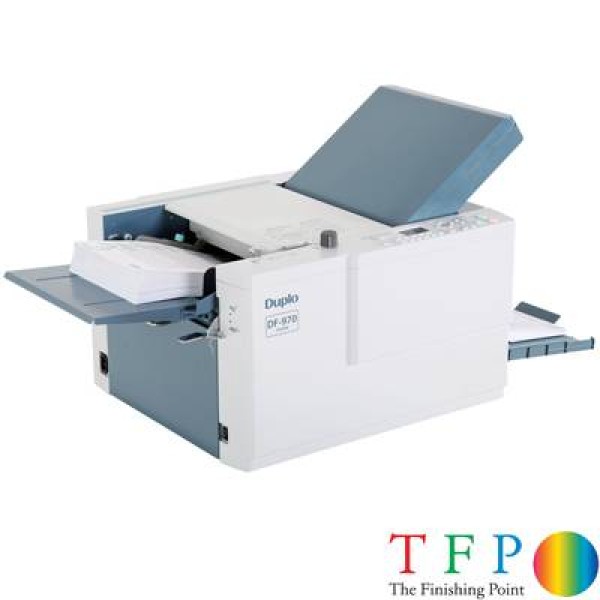 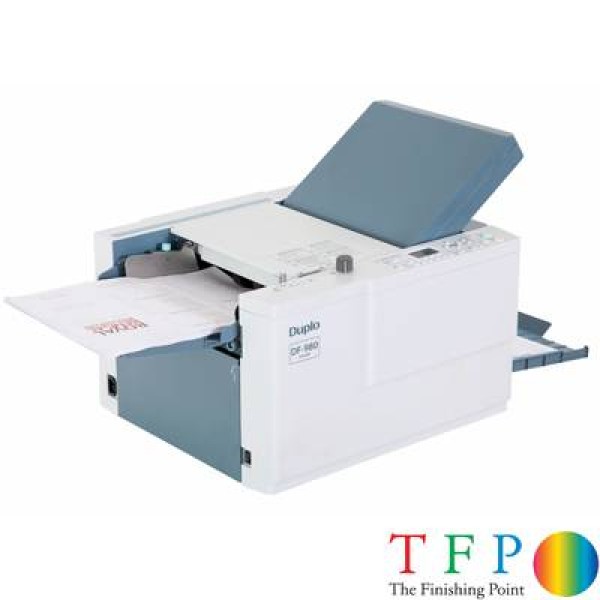 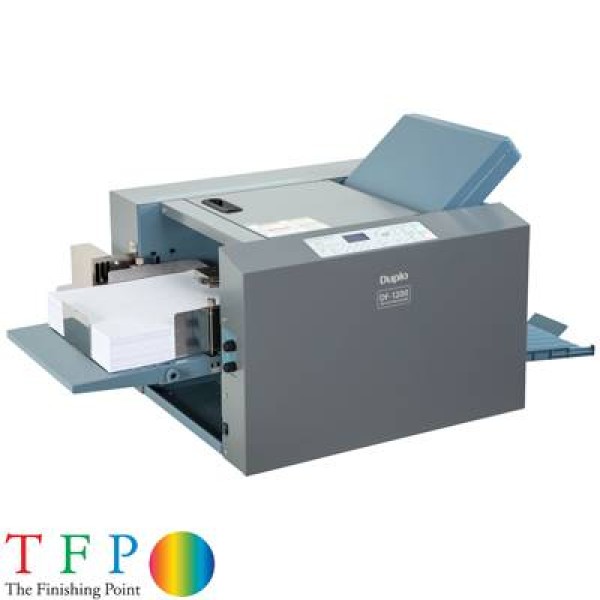 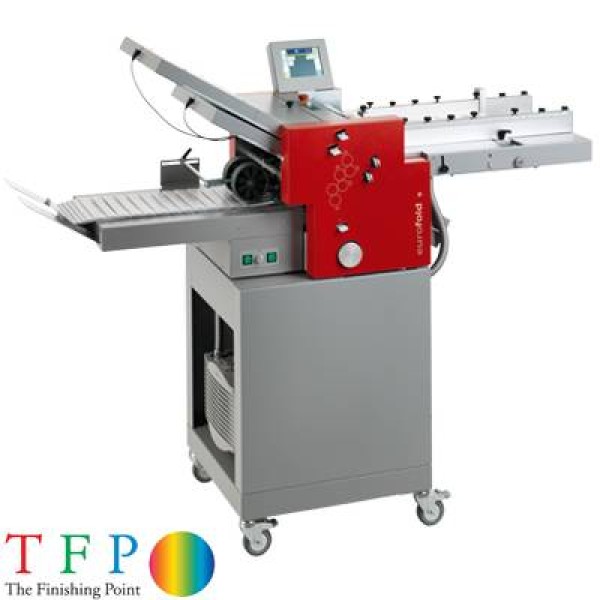 Paper Folding Machines and Paper Folders for all budgets and requirements

A folding machine is a machine used primarily for the folding of paper. Paper can be folded with either a buckle or a knife; thus, there are generally three types of folding machines: buckle folders, knife folders or a combination of these two types. Whilst buckle folding is the more popular of the two methods, knife folding is sometimes preferable. Folding machine models vary in sophistication, with high-end machines capable of processing more complex folding jobs and unusual paper forms (in terms of density and size). Organizations required to undertake mass mail-out campaigns often employ folding machines to improve efficiency.

A knife folder works by striking the paper with a knife between two rollers. This knife is not sharp enough to cut through the paper and simply strikes and creases the paper along the line where the fold is required. Ideally, knife folding is used with thick paper, for "cross folds" (commonly employed for maps and also known as a "French fold") or if the paper has been stitched during the folding process; stitched sheets can ruin high friction rollers. Knife folding is commonly found on high end folding machinery but more recently has been employed in the short run digital print markets by incorporating this technology into Crease and Fold machinery. Digital stocks suffer from fibre cracking when folded and also tend to be heavier weight paper materials, as a result a traditional buckle paper folding machine is not sufficient to handle the stocks being produced. To solve this problem Crease and Fold machines incorporate both a crease matrix and a pair of knife folders and heavy duty rubber rollers to create the fold in stocks up to and exceeding 350gsm.

Often companies opt to just crease their digital print and either hand fold or send the materials out flat in order to save time and money. However, this method is not suitable for all applications as many high street retailers for instance will not accept greeting cards in a flat package, this is where creasing and folding in a single pass steps in.

Whilst is is easy to fold a sheet once it is creased it is not easy to fold 10,000, as a result high speed creasing and folding machines where created. The early examples where painfully slow and not really accurate enough to be considered a success, it was not until the mid 00's that these machines started to make sense as costs and reliability improved. Most recently Eurofold, also known as Multigraph, entered in to the creasing and now creasing and folding marketplace with their new range of Touchline creasing machines. Eurofold built their reputation on buckle plate folding machines such as the Eurofold 435SM, however, due to the emergence of digital print and the market demanding creation of heavier and heavier substrates the buckle plate folding market virtually collapsed over night for the short run digital market. A result of this was the creation of the Eurofold Touchline CF375 automated crease and fold machine shortly followed by the Eurofold Touchline CP375 high speed crease and perforation machine. Today the Touchline range includes no fewer than 7 variations with the range topping CPC375 able to offer high speed creasing, slitting, perforating and cutting with market leading precision.

The answer to the question posed is a simple one, volume dictates the need to inline fold heavier stocks, therefore if you have a requirement to produce high volumes of greeting cards for instance, then a Crease & fold machine is a must.